Last night I had a bit of spare time so I thought I would put it to good use by making the piping I need to make my Fall for Cotton dress this coming weekend.  To be honest, I thought making this stuff would be a total pain.  I'd never even made my own bias tape before, so having to make that and then turn it into piping... it was sounding difficult.

How wrong I was!

I started out by measuring how wide I'd need my bias strips.  I wanted the cord to be encased and leave a 5/8" seam allowance like my pattern has. 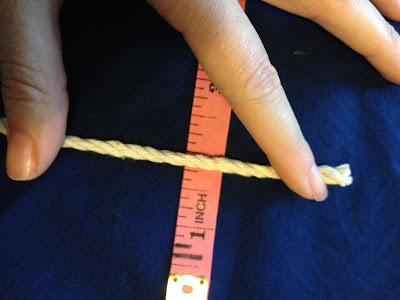 Next step was to draw lines all over my fabric.  I lay my fabric over my sewing table and drew lines at a 45 degree angle from the selvedge edges, with gaps in between of 1 5/8" 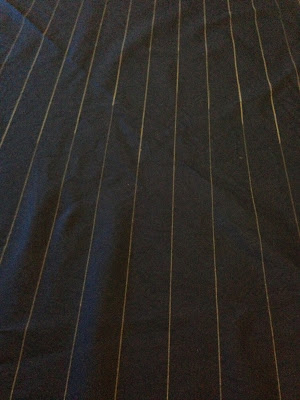 Now this is where one of those cutting wheels and mats would be beneficial... but I don't have one, so cut out about 12 strips with my scissors.  To be honest I didn't think about how many I would need - it turns out I only needed four strips to make more than 4 metres of piping... I will clearly need to do something with blue piping all over it in the future!

Next I sewed the strips together.  First I put the strips at right angles to each other: 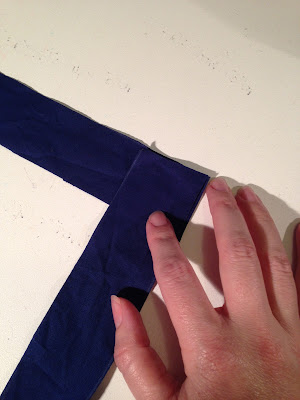 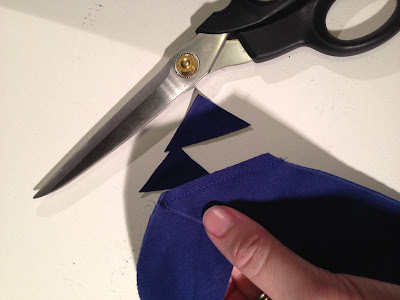 Next step was to iron the seam open: 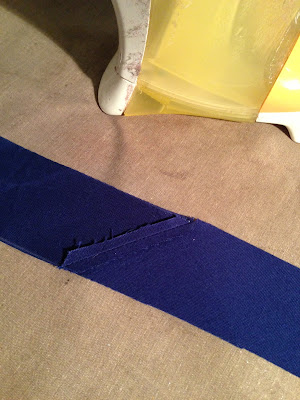 I did this three times until I had enough strips sewn together to cover my cord.  A tip when sewing the pieces together is to keep making sure which side is the right side.  You don't want seam allowances on both sides of your bias strip!!!  Of course, if you have a fabric that has an obvious right and wrong side this won't be a problem...

So at this point I had a very long bias strip.  I took my cotton cord and folded the bias strip around it so the edges of the bias strip met and the cord was right up against the fold.  I pinned it all together.

Then I sewed it up.  I put the zipper foot on my machine and tested where the needle would pass through the fabric when the machine was running.  It was right where I needed it to be!  Hooray!!  If it hadn't been, I had the option of moving the needle to the left. 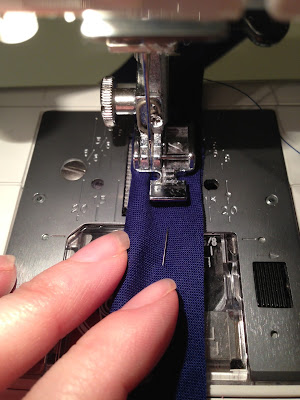 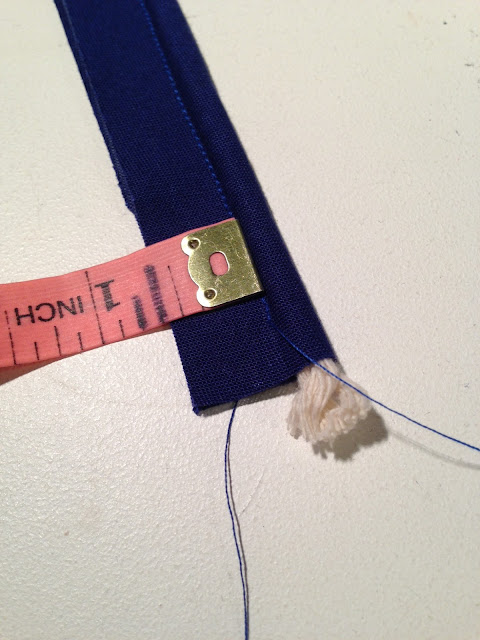 Now I did all of that it a little under an hour.  That includes stuffing about and taking photos etc.  If I had applied myself and only cut out the number of bias strips I needed, I could have done it in half an hour I think!  And its so simple - don't you agree?

I hope you find this usefull!

Email ThisBlogThis!Share to TwitterShare to FacebookShare to Pinterest
Labels: Fall for Cotton, make your own piping