The Decades of Style 'Baltimore' Dress

Late last year I was approached by Decades of Style to sew up a version of a pattern they would be releasing in January - the 1920s Baltimore Dress. 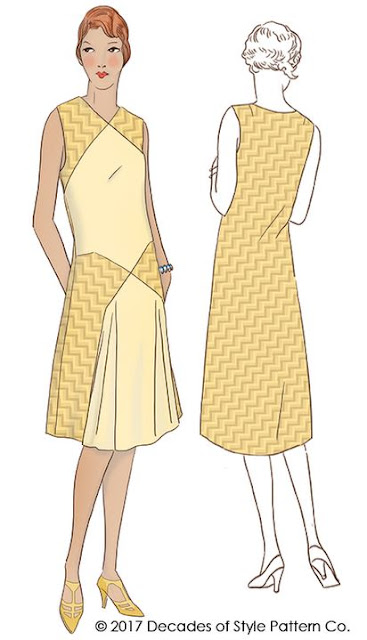 Ok, I didn't see the darts on the back of the shoulders....

Anyway, I jumped at the chance to try something different, even if I didn't think the silhouette was going to suit my very curvy hourglass body that only looks good with a defined waist.

The pattern arrived and I started to think about fabric that I might already have that I could use.  The pattern shows the dress in two different fabrics - one for contrast - but I decided to be different (no surprises there!) and sew it all in the one fabric. 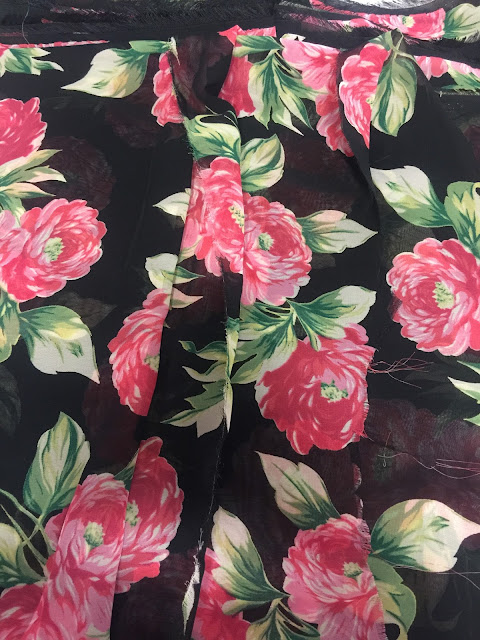 Its a gorgeous large-scale floral chiffon that I've had in my stash since forever.  I think I originally purchased it from Gorgeous Fabrics, but it was 5 years ago or so, so don't expect them to have any.

(I now note that chiffon isn't a suggested fabric on the pattern envelope, but hey, when have I ever let that stop me!)

Then I got to thinking about the wonderful seam lines on the pattern.  Making it up in one fabric would camouflage that lovely detail that really MAKES this design.  So I decided to put piping in the seams, and the armholes.  I made the piping from some cord and some rayon bias that I made for the purpose.

Then, with the pieces cut from the fabric, and the piping made, I set about constructing the dress. 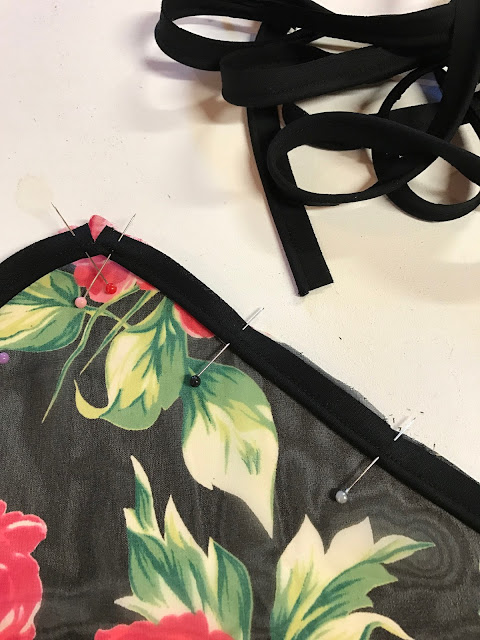 This dress sewed up quickly, even though I went completely off on my own with construction methods (I top-stitched instead of sewing seams), and I was using a shifty and painful fabric.  Its the kind of dress that you could easily sew up in a day, and is much more fashionable than any other patterns advertised as quick to sew (yet another tshirt dresses anyone?)

I also want to show you where Dita decided to sleep while I was making bias and piping, and sewing the dress together.  She is so precious. 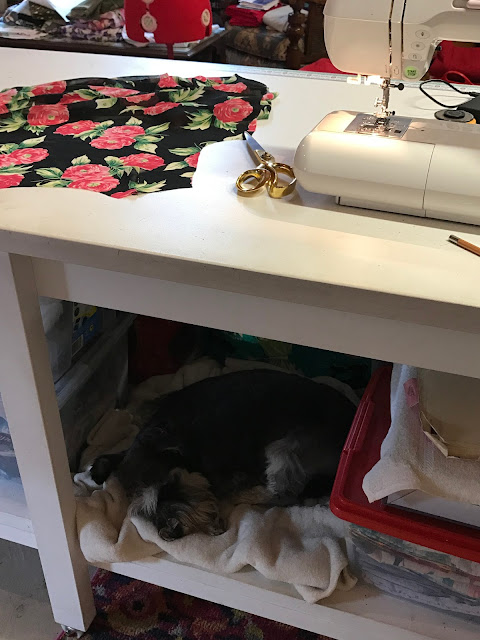 Before I knew it the dress was together! 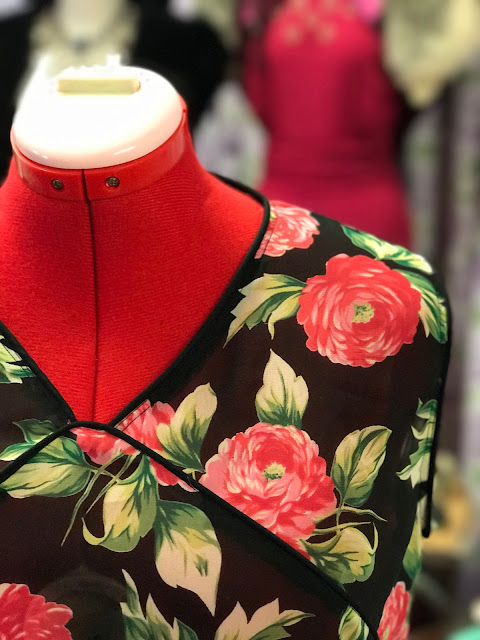 Remember how I said I wasn't sure how it would look on me?  Well before I overlocked/serged the side seams, I tried it on.  It looked pretty good, but was really roomy at the waist, and I was a bit anxious about it.  So I decided to take it in an inch on each side, and really that was all I needed to do! 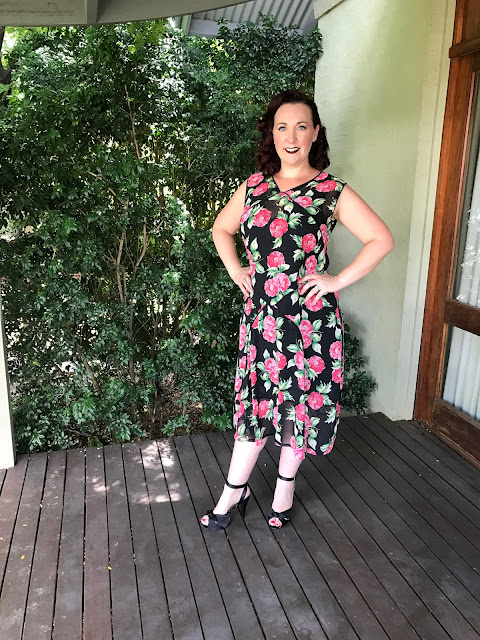 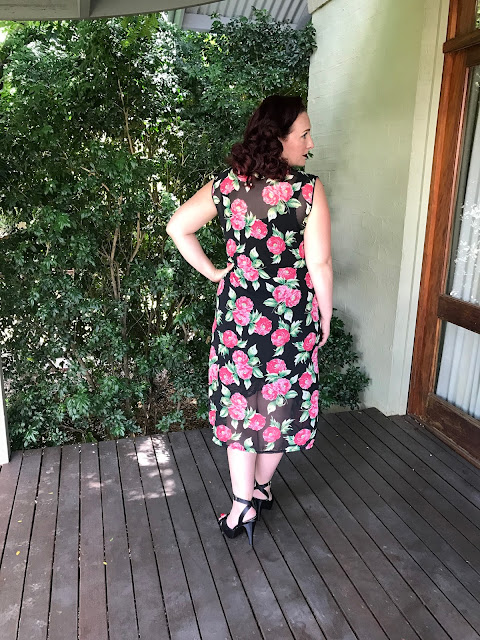 I honestly can't believe how slimming it is.

It is such a comfortable dress in the heat.  It moves really nicely, and fits really well.  I've also been wondering how it would look made up in a light wool and worn as more of a jumper with a shirt underneath...

Maybe I will find out one day!

So in closing:
- This is a straightforward, easier than it looks, and quick to sew pattern.
- It features lovely vintage styling.
- Works on more body shapes than you think it would.

Add comment
Load more...
Older Post Home
Subscribe to: Post Comments (Atom)
Sew Retro Rose is my little corner of the web, where I talk to anyone who'll listen about my sewing adventures with vintage patterns. Sometimes I talk about other things too... but mostly sewing.